OUR HO LAYOUT IS NOW BEING DISMANTLED TO MAKE WAY FOR A NEW STATE-OF-THE- ARTS DOUBLE DECKED MODERN HO LAYOUT.  MANY OF THE STRUCTURES AND OTHER ITEMS ARE BEING OFFERED FOR SALE IN OUR STORE AT THIS TIME. PLEASE STOP BY TO SEE IF YOU ARE INTERESTED IN ANY OF THE ITEMS.

The HO Myakka Valley layout is about 11 years old at its present location. It was assembled from the club’s sectional layout that was used at train shows, rather than starting a new layout from scratch.
This version of the HO Myakka Valley Railroad portrays a general topography of the coastal mainline of the Atlantic Coast Line Railroad. No specific area of the country is actually modeled, although the town names represent authentic cities the ACL serviced. The time frame of the railroad is generally during the transition from steam to diesel at a period when the railroads operated their own passenger service as well as commuter traffic. However, club members frequently operate modern equipment on the layout.
The railroad originates in the northern Richmond yard, and continues in a folded dogbone layout mainline to the southern end in Tampa. Although the yards are located side by side in the center peninsula, they are not physically connected with each other, except by using the turntable at the engine facilities, locomotives can reach either yard.
The mainline from Richmond yard proceeds south, the first town is Weldon, NC. Industries in this area are serviced by the railroad. Continuing south along the mainline the next town reached is Weldon, NC. Here again are several rail-serviced industries. Leaving Weldon the railroad next arrives at Fayetteville. South of Fayetteville, the railroad reached the town of Florence, South Carolina, serving three indutries here. From here, only the stations of Charleston SC, Savannah Ga and Wright City GA are stops for passenger trains, no industries are located here. The next town is Folkston, GA, with it’s station and several industries. Then comes Starke, Fl, then Palatka, Fl, and Plant City, all having rail served industries, before the line terminates in Tampa Yard. There is a continuous run connection between yards that the club uses during open house days to keep trains running.
The HO Myakka Valley Railroad uses Digitrax DCC for train control. The HO Myakka Valley Railroad also features a fully functional signaling system. When the railroad holds operating sessions, the railroad is dispatcher-controlled. During open houses the signals are also utilized and allow engineers to run trains following proper signal procedures. During full operating sessions a card order system of operations is utilized.
The naming of many of the industries on the layout are in recognition of club members. 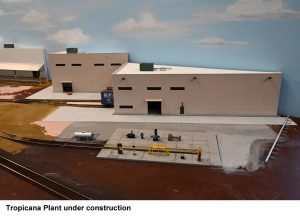 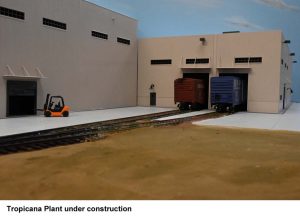 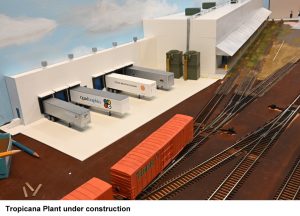 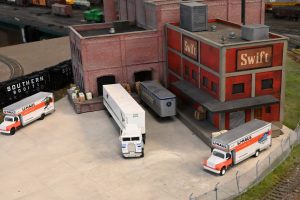 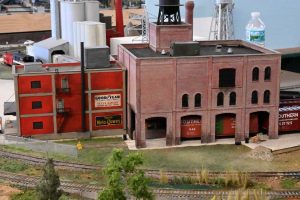 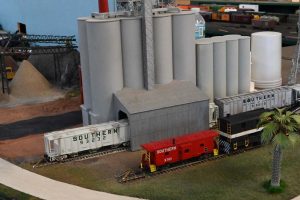 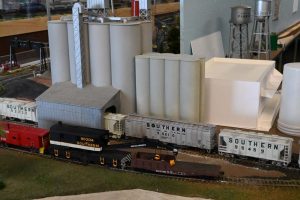 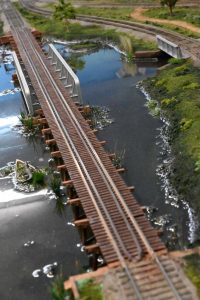 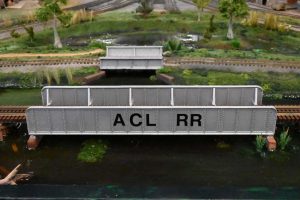 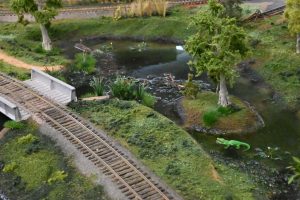